for a Healthier Planet 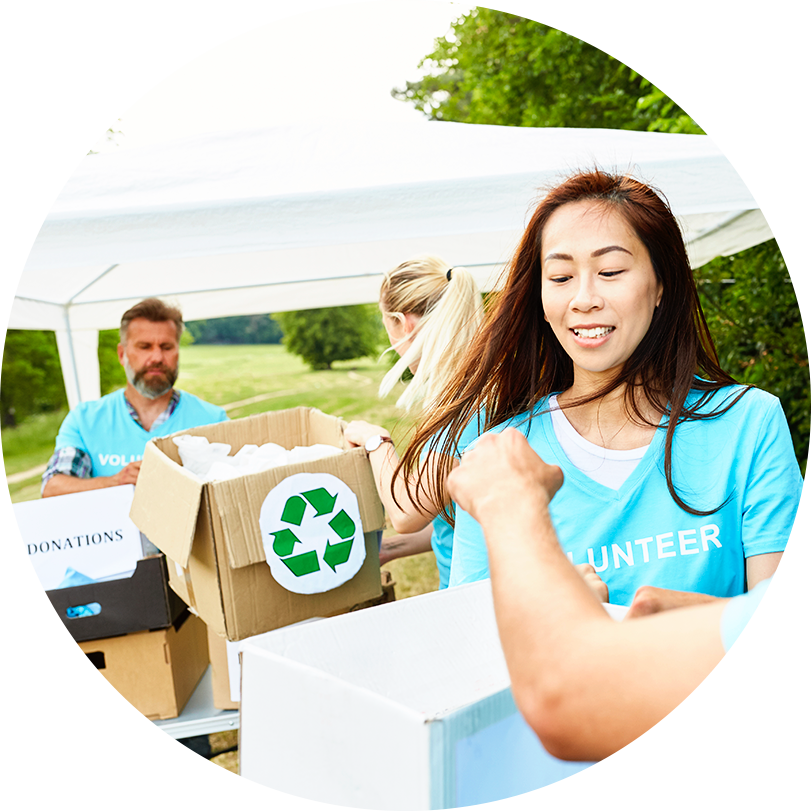 OLG employees care about the environment and are keen to put that passion into action. We support them through Bet on Green, our environmental program, and by encouraging grassroots initiatives. In March 2019, the Bet on Green team at OLG’s Yonge and York Mills (YYM) offices in Toronto put their passion into action. The team worked with OLG’s landlord, Cadillac Fairview, to launch a new waste diversion pilot program at the site.

We know that waste diversion is a critical component to any successful recycling program, whether it’s at home or at work.

A 2018 waste audit showed that OLG’s waste diversion rate at YYM was 63.35 per cent, which is lower than the 81 to 89 percent diversion rate of an average recycler. The results also showed that the majority of waste produced by OLG at YYM consists of organic materials (70 per cent) and paper (15 per cent)—both of which can easily be diverted from landfill.

The pilot program is focused on diverting organic materials like food scraps, beverage liquids and compostable containers, as well as both soiled and clean paper towels. New waste bins have been placed in lunchrooms throughout the YYM location and an internal communications campaign is helping to raise awareness among employees about the importance of keeping recyclables free of food waste and liquids, so they can be processed into new materials.

“We know that waste diversion is a critical component to any successful recycling program, whether it’s at home or at work,” says Noel Padilla, Manager, Sustainability at OLG. “It is not just about effective recycling, but more importantly, it’s about reducing the amount of waste produced so we can have a positive impact on the planet and OLG’s operations.”

Encouraged by the results, the Green Team also worked to install coffee pod recycling boxes in lunch rooms that will further reduce OLG’s waste. The team is planning to roll out the waste bin program to the other sites in 2020-21.